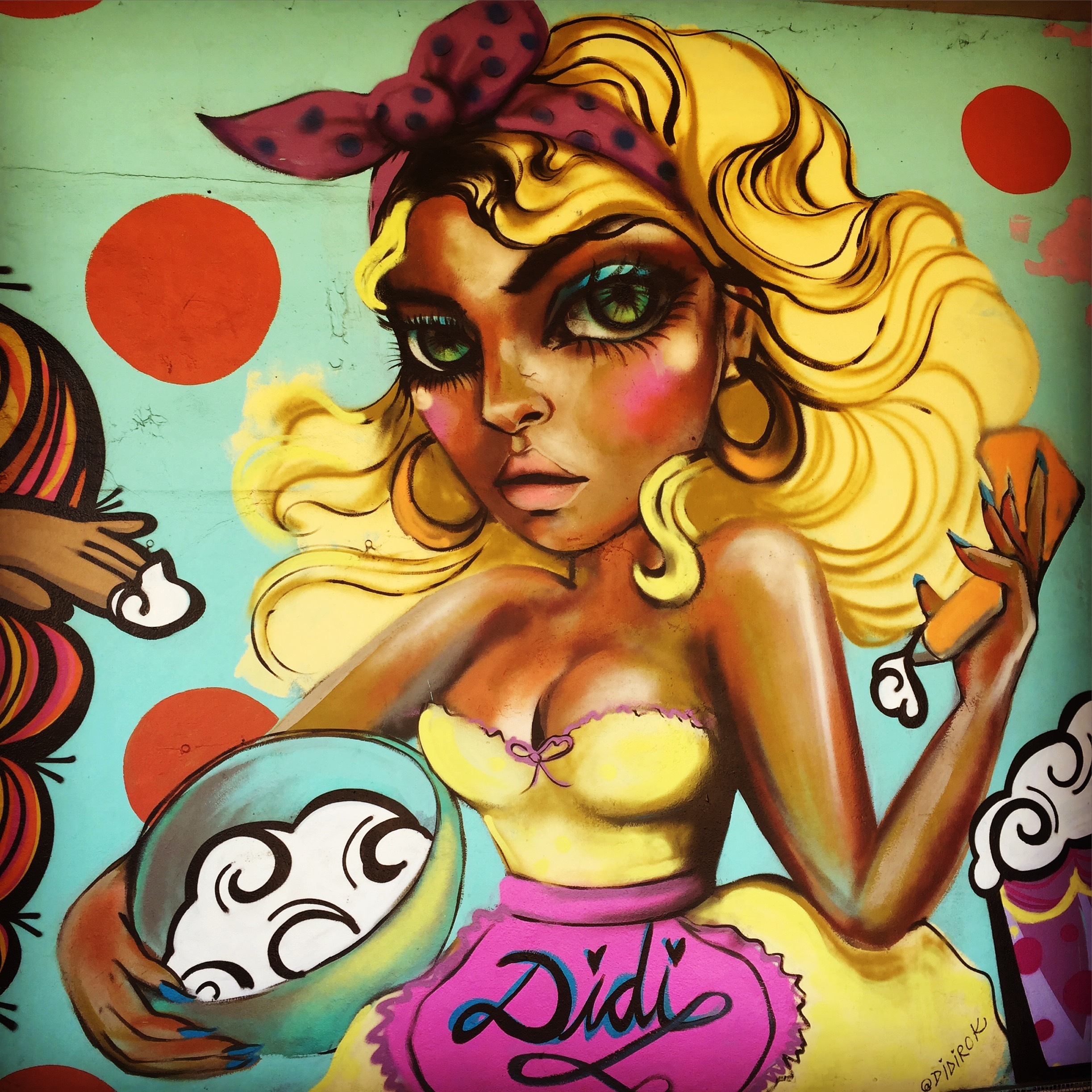 After an overnight flight that was painfully uncomfortable, we arrive in Miami exhausted, but happy to be here. The hotel was kind and let us check in early, and we nap for two luxurious hours. Then, it was up for a taste of something excitingly different: our culinary tour of Little Havana. And boy howdy, it did not disappoint.

We met the group on Calle Ocho, or SW 8th street, at the gallery of a humble, but extremely talented artist by the name of Agustin Gainza. Quickly, we realized that we were in for a lot more than food.

As we walked to our first restaurant, El Pub, we smelled strong coffee and pork. We  sat down at a long table then out came the Cuban Pacidillo-filled empanadas. 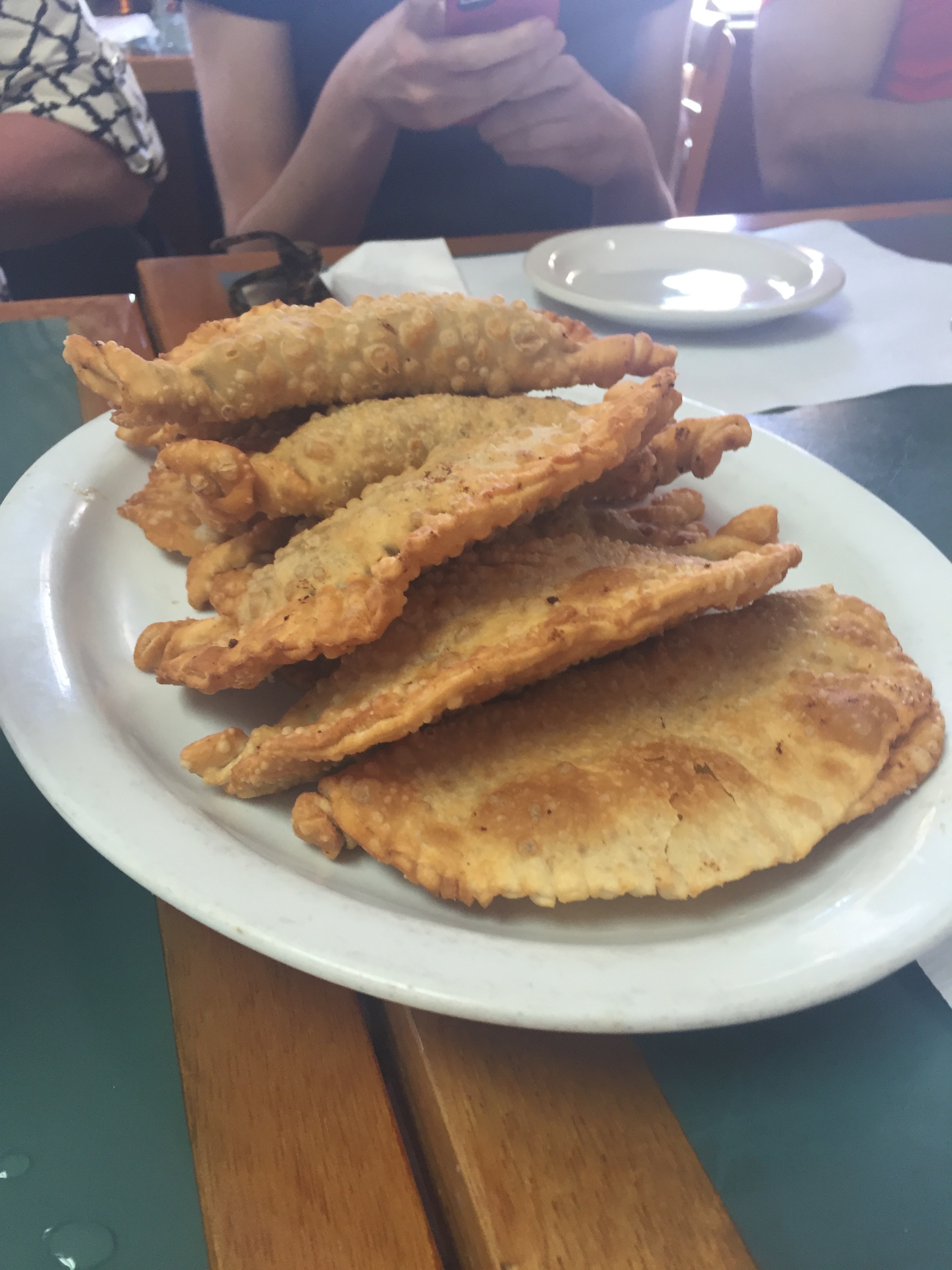 As we ate the warm flaky crust filled with beef, tomatoes, green olives, and cumin we learned a bit about our fellow diners. We talked about where everyone was from. Where they had traveled. Then we enjoyed a mofungo type dish with a crust made of plantains and filled with chicken.

Of course, no trip to Little Havana would be complete without exploring a few Cuban cigars. Our next stop was the Cuban Tobacco and Cigar Company. Owner, Don Pedro Bello created his family-run shop after fleeing Cuba during the communist revolution when his tobacco fields were nationalized leaving him with nothing. Today, he brings his Cuban cigar tradition right to Little Havana. And while the tobacco may be grown in the Dominican Republic or Nicaragua, the tradition, is all Cuban. 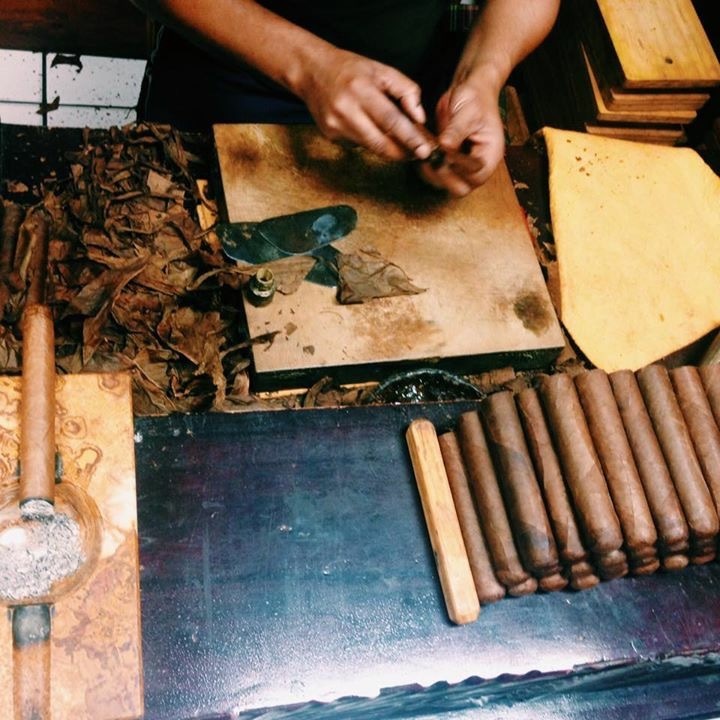 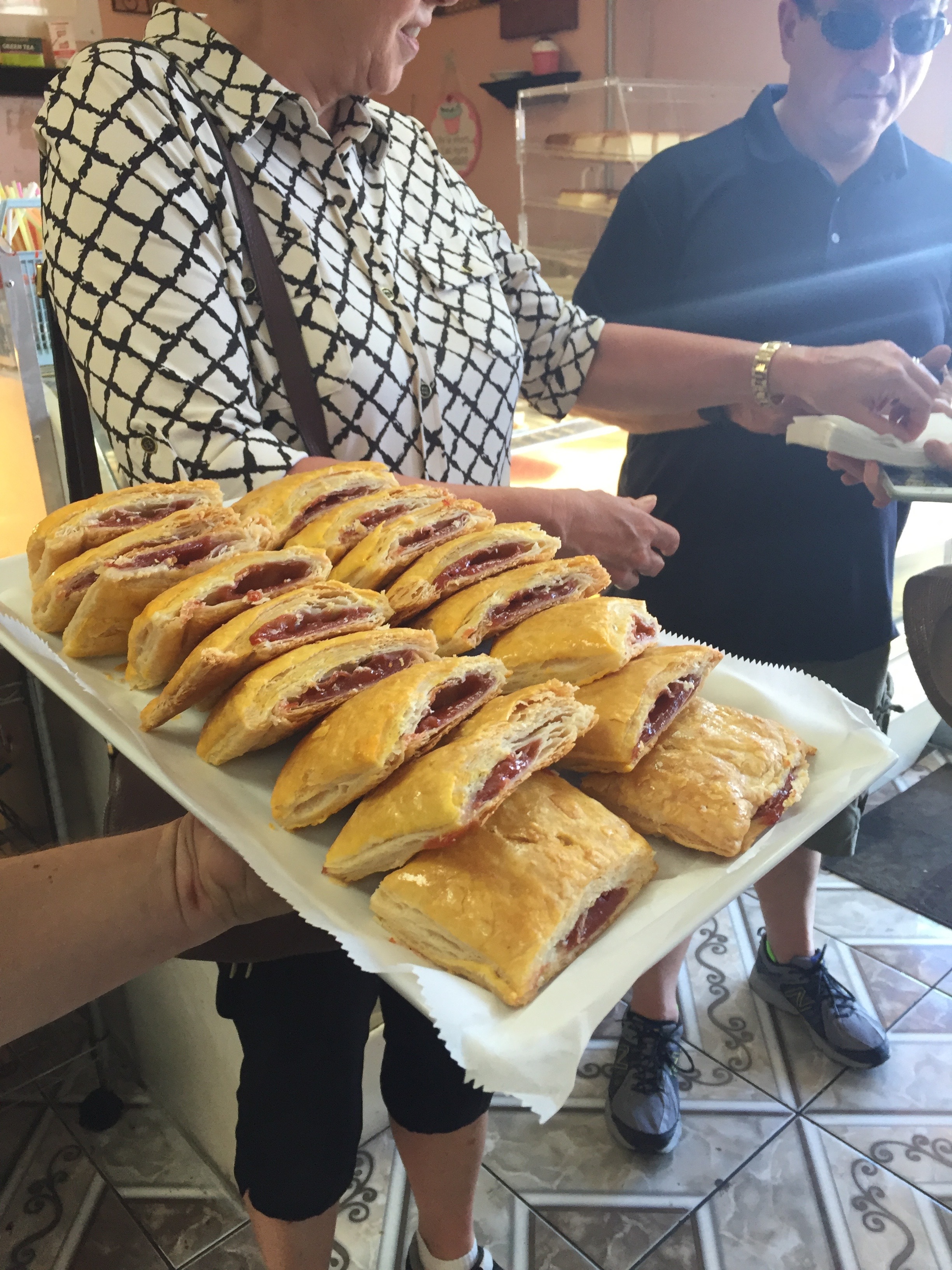 We even stopped to see the park where the people who fled Cuba years ago, still gather to play Cuban dominos, which, by the way, differ from traditional dominos on that the tiles are thicker and go up to 9 instead of 6. We saw tables and tables out in the open air filled with mostly men, but a few women, deep in the heat of competition. It was truly a sight to see. 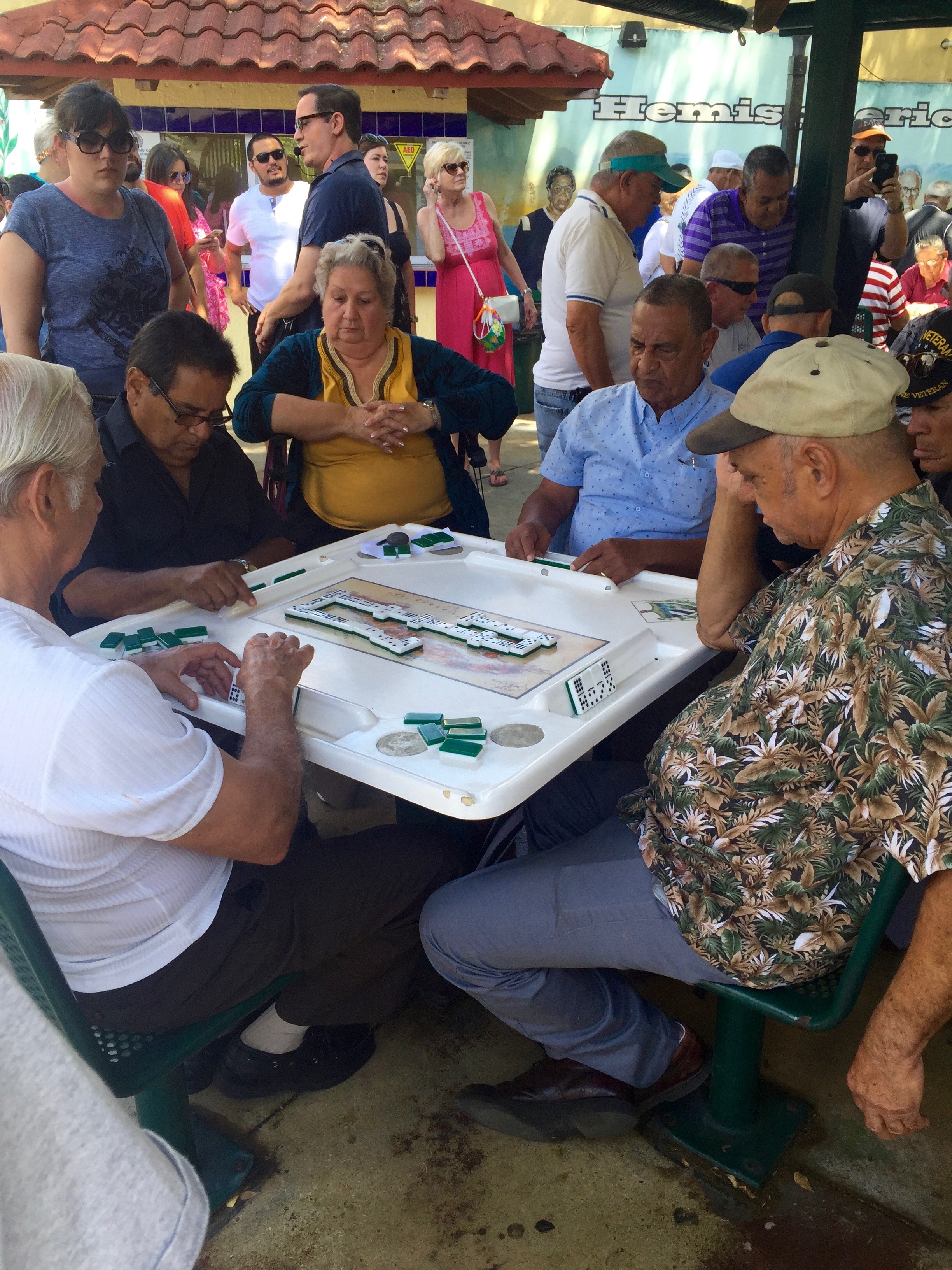 But for this gal, across the street was where the real magic was happening.  I could hear the salsa music for blocks and was wondering if we were going in. Sure enough, we finally crossed the street and stepped first into the Ball and Chain. A salsa, jazz joint that opened in the 1930s and is still pulsing with a live band playing out-of-your-mind salsa, and a mojito that was a little bit of heaven. 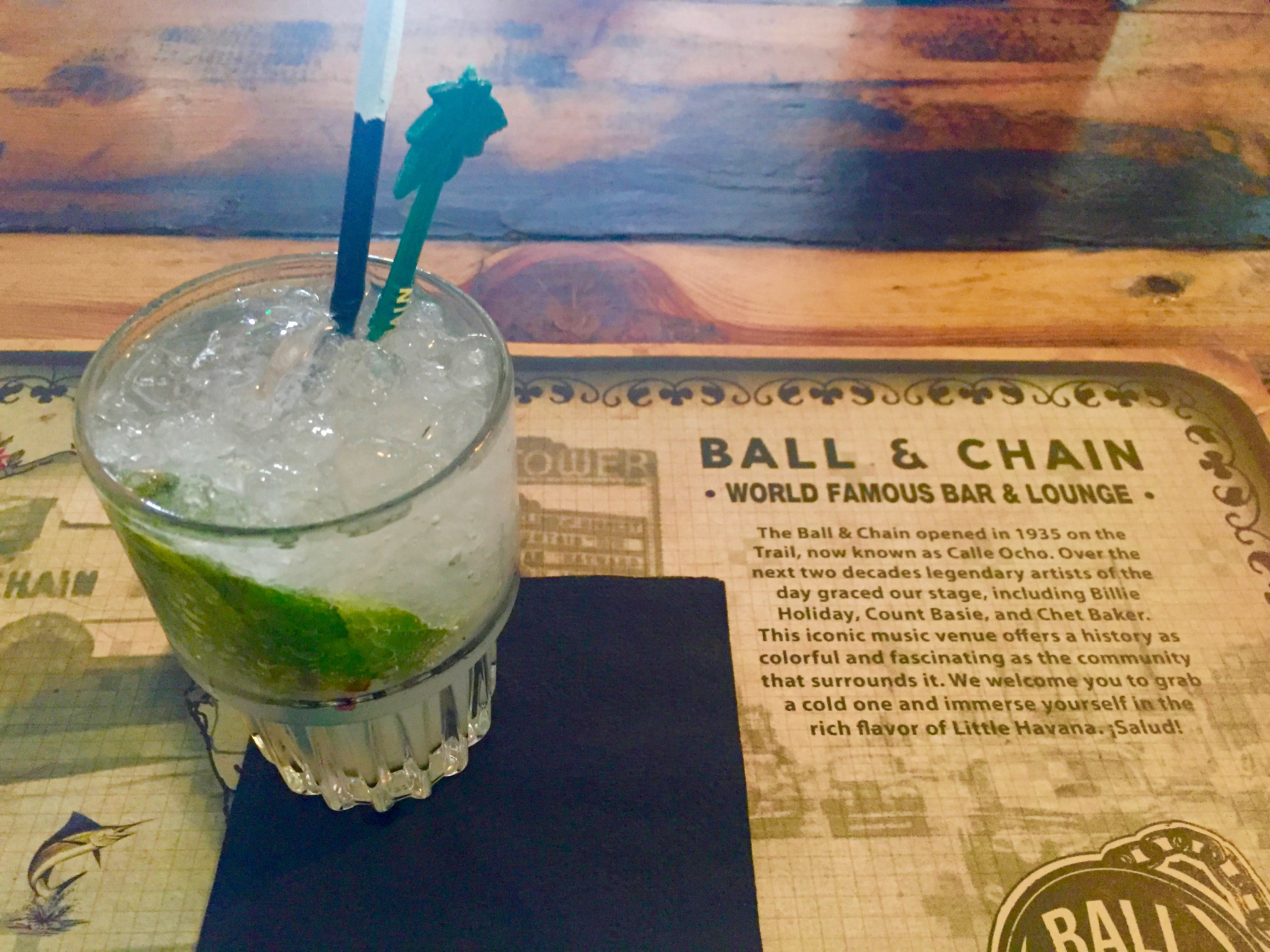 As I explored the walls filled with posters from concerts featuring the likes of Chet Baker Billie Holiday and Count Basie,  I could have stayed there for hours. But alas, we had to answer the call of ice cream at Azucar. Churning out ice cream that is as inventive as it is delicious, Azucar scoops up flavors like Chocolate Beet, Sweet Plantain, Guiness Chocolate, and Mulatica (Cinnamon Oatmeal Cookie). 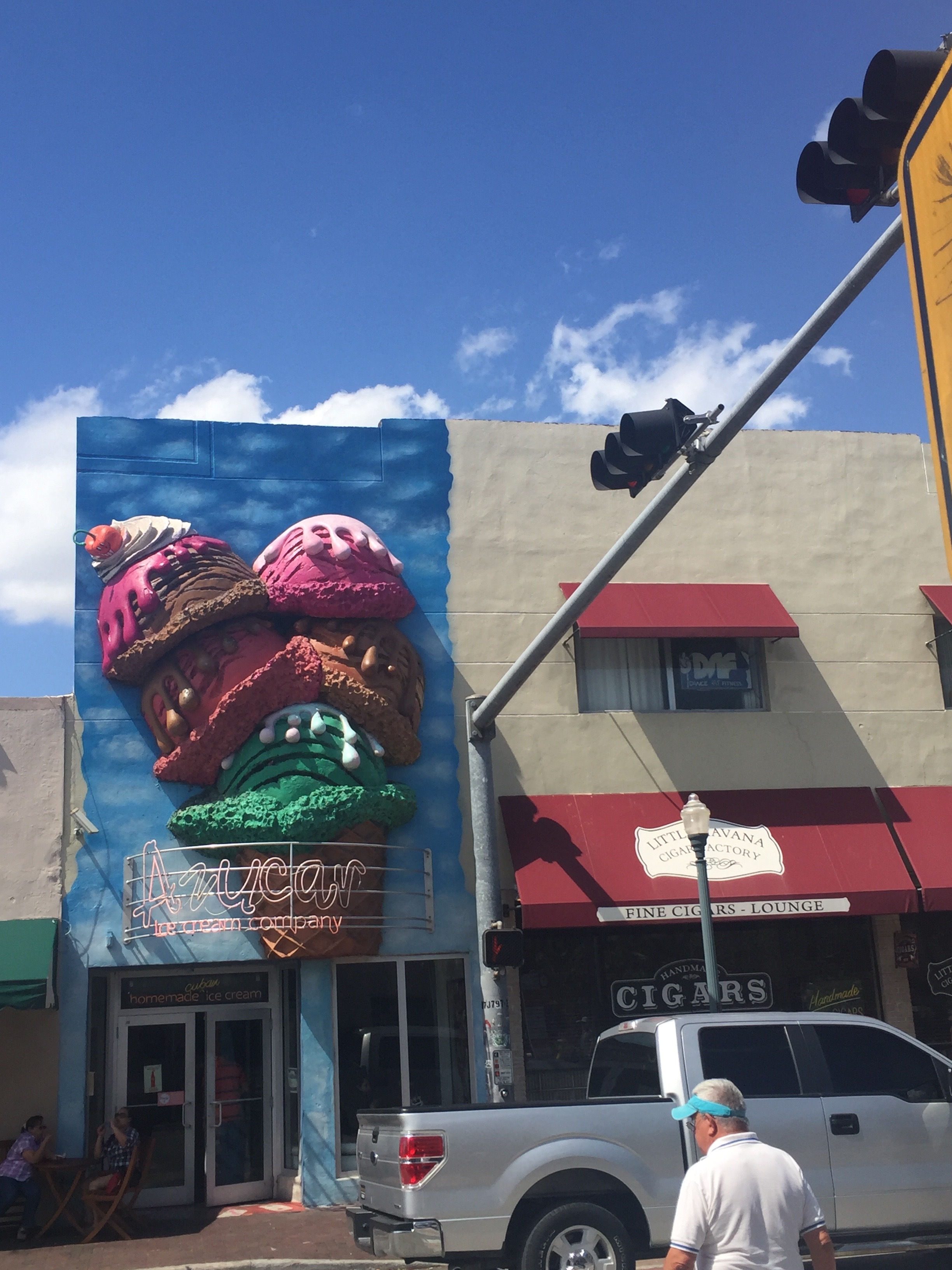 It was a sweet end to a day that gave us history, culture, art and more than just a taste of Little Havana. I thank Miami Culinary Tours and Ralph our guide for an experience we would have never had if we had simply walked down the streets on our own.